Immediately I saw a tall blonde girl flashing a smile at me. She pointed to a list and I noticed the GVSU logo on the folder in her hands.

“How are you?” I was a little bit surprised, because to me, this was an odd question to ask someone you’ve never met. But I told her all was well, a little tired from the long trip but that was fine, and then I asked her in return how she was. You see, as far as I can remember, I had never had someone ask me how I was doing before at our first introduction. Where I come from, we greet people with a ‘hi’ and only if we engage in a longer conversation and really are interested in the answer do we ask how people are doing. When meeting people for the first time, we don’t ask this question at all.

As the evening went on, I was introduced to many more people, of whom some asked me how I was. I learned quickly that responding with “I’m good” was sufficient, instead of providing an in-depth analysis of my state of being. In the first days of my American Adventure, I also noticed that people generally always asked me how I was, preferably in one quick sentence, specifically “Hi, how are you?”

What an odd thing to keep asking, I thought to myself, especially if the conversation only leaves room for a one-word answer.

After a few days of how-are-you-I’m-good-thank you conversations, all international students gathered in Lake Ontario Hall for an info session about cultural adjustment. The room was jam-packed, every international alone in a foreign country with only strangers around them. Kate, the director of international student and scholar services, explained all about the greetings. Americans, she told us, are not really interested in how someone is doing when they ask someone when they’re greeting them. “If we’re really interested, we’ll ask you a second time,” she added, upon which we all laughed.

So, still feeling a little weird about it, I tried to put this technique into action. The next time I passed someone I knew, and they asked me how I was doing, I smiled and said “I’m good, thanks, how are you?”, even though there wasn’t really time to listen to their response, hoping that I seemed polite for asking it instead of impolite for little interest in the answer. Was this the civility Americans were famous for, I wondered after a few weeks, and I couldn’t help but feel a little let down. This so-called ‘niceness’ seemed to exist solely of asking how someone is a thousand times a day, knowing the answer as you ask. The skeptics in The Netherlands were right, American politeness was fake. I shouldn’t have had my hopes up so high anyway, I told myself, they’re only human. 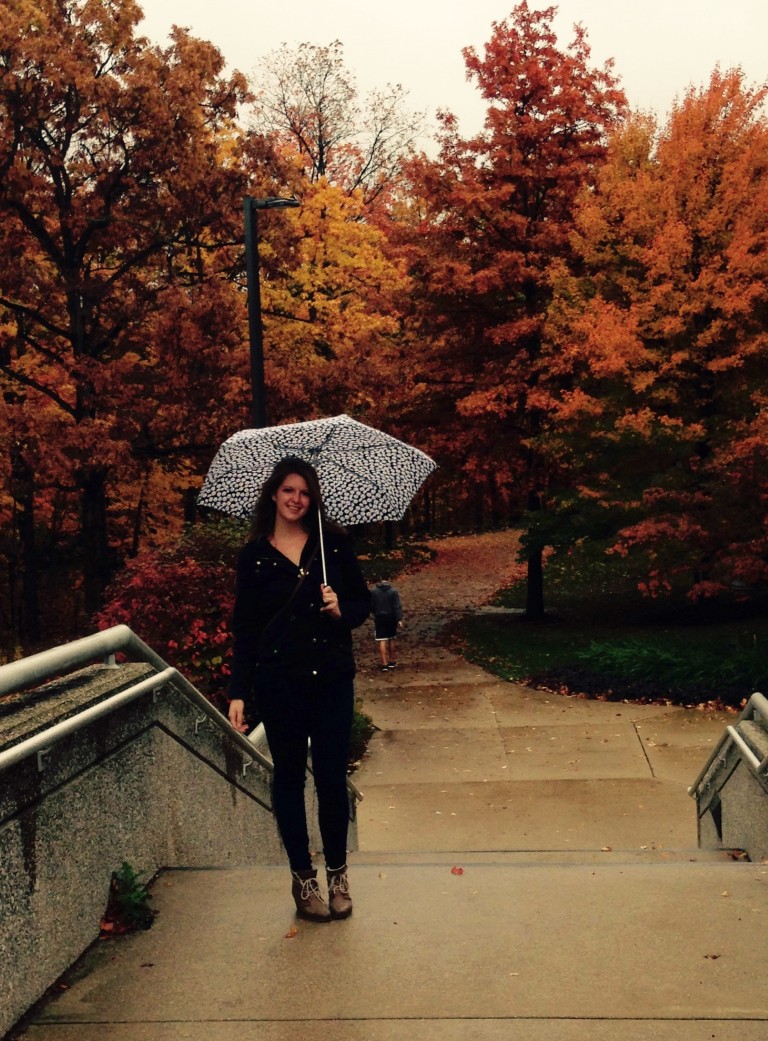 Disappointed as I was, I didn’t try as hard anymore to ask how people were, aside of course from when I actually cared about the answer. But after a while, I began to notice certain things, other signs of niceness. Like the girl I passed on the way to class saying “I like your dress!”, leaving me confused for a moment because I hadn’t expected to hear it from a stranger. The boy that made me coffee commenting on my scarf. The cashier at Forever21 asking me how I liked America, what my major was, how I came to the idea, taking her time to hear everything about it. My classmate saying she loves my old blue sneakers. I noticed how they all took time to come up to me and give me compliments or start a conversation. In my hometown no one would tell a stranger no matter how nice they looked. Moreover, I cannot even imagine a cashier talking to me at a more personal level than “Would you like a receipt?” It’s the reserve, a tendency of Europeans to keep to themselves around strangers.

When I take the bus in The Netherlands and notice someone wearing a cute outfit, it won’t even come to my mind to tell them. I guess I’m afraid I’ll bother them by talking to them. I realized that this might be exactly what American civility is all about: Americans seem so confident that their words will be received in a good way, they walk up to strangers with shameless enthusiasm and tell them what they think needs to be heard. Why? Because they trust it might make someone’s day. And I think that’s amazing.

There are people all around the world that might interpret this talking to strangers as bluntly giving your opinion no matter if it’s welcome or not. I however see this as people coming out for their enthusiasm and I think it’s a good thing. There is a certain freedom in expressing positive thoughts.

Both the European and the American way of acting around strangers has its better and worse aspects and I’m not saying either of them is better than the other. However, after two months in this country with strangely out-of-proportion roads and cars, I know that yes, American civility is a thing and no, it is not fake.